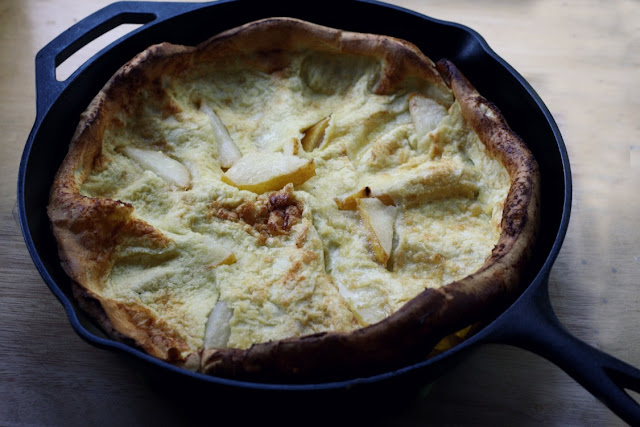 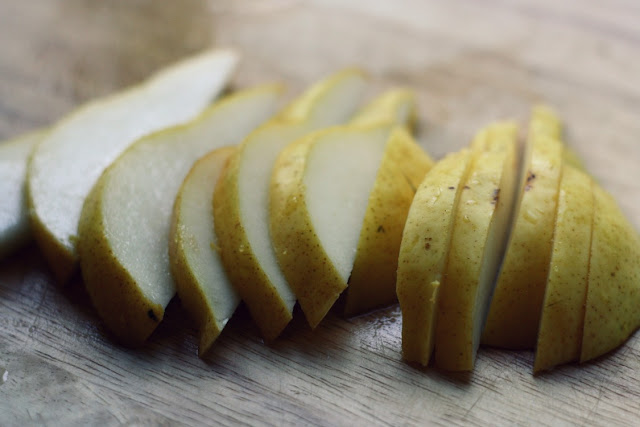 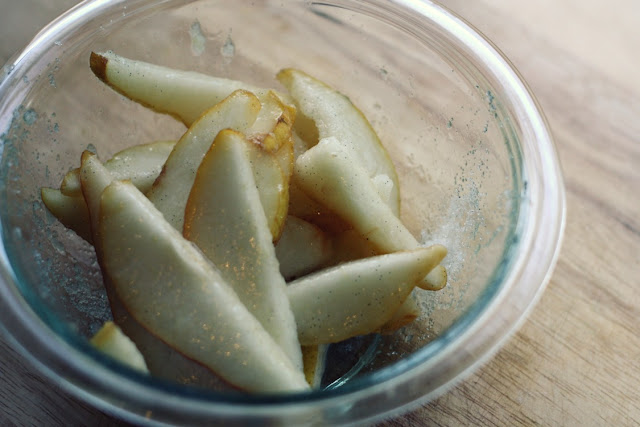 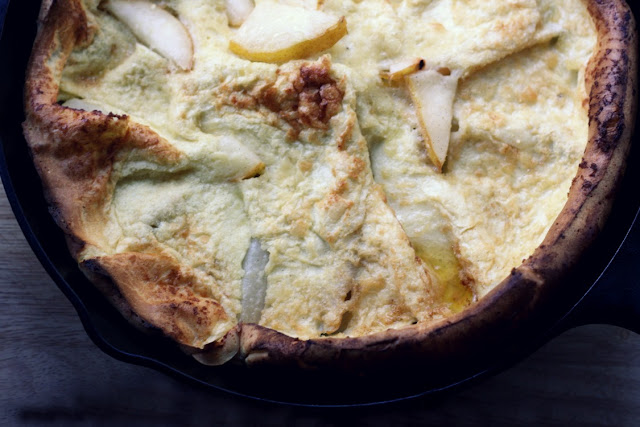 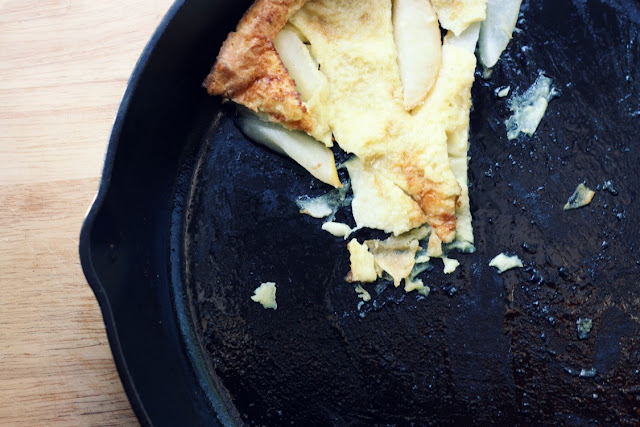 Preheat the oven to 450. Place a 12 inch cast iron skillet [or other oven safe skillet] in the oven to warm it. In a small bowl, toss pears with the vanilla bean sugar. In a medium bowl, whisk together eggs, milk, vanilla, vanilla bean [if using] and salt. Slowly whisk in the flour until smooth.
Carefully remove the heated skillet from the oven and add the butter, swirling until it is melted. Arrange the pears in a single layer. Pour any leftover sugar/pear juice over the pears, and pour in the batter evenly on top.
Return the skillet to the oven and bake 20-25 minutes, or until puffed and golden brown. Serve with maple syrup.
bakingpancakespearspuffed pancakevanilla bean