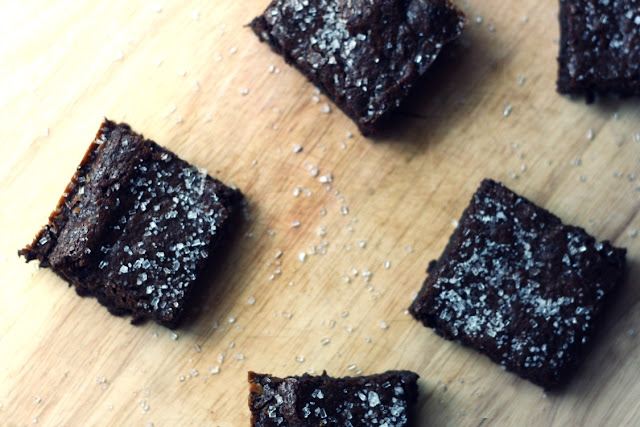 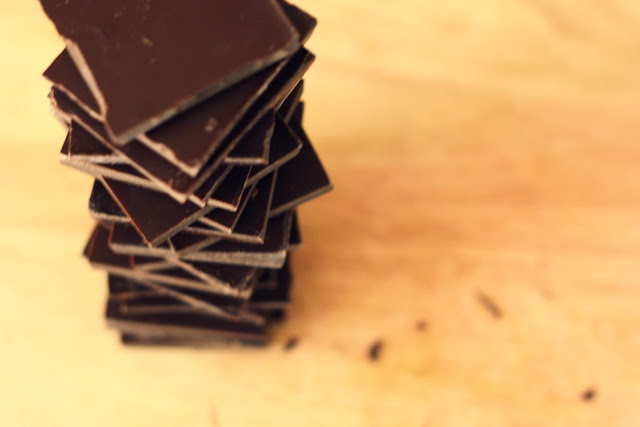 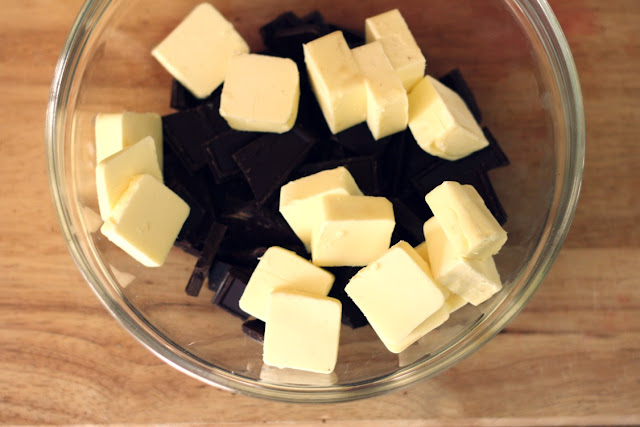 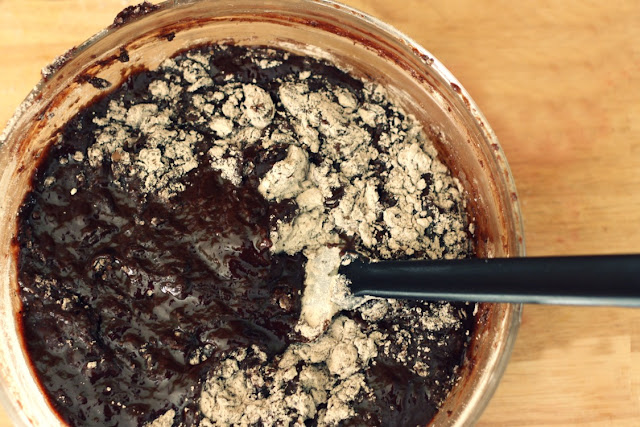 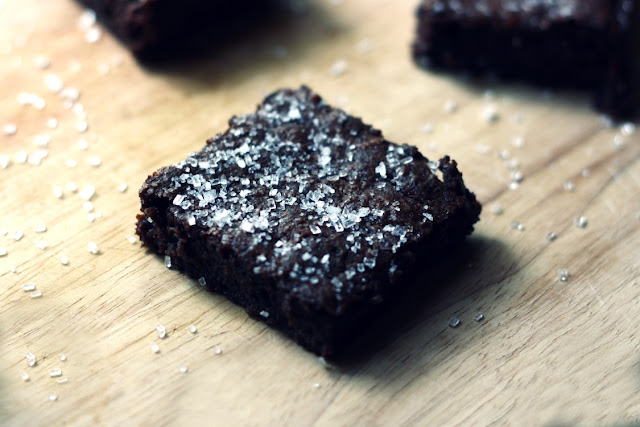 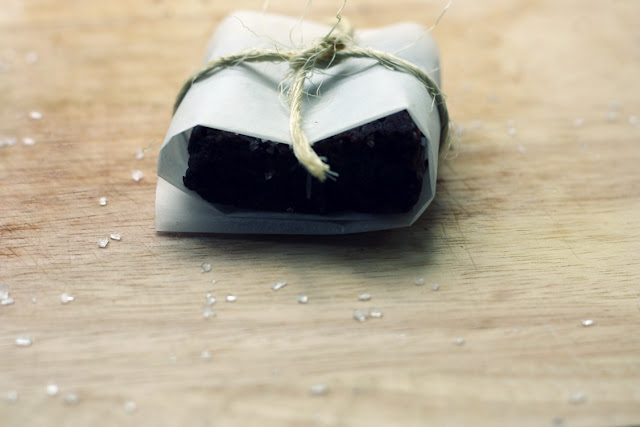 make the caramel
In a medium saucepan, combine the sugar and corn syrup with ¼ cup water, stirring them together carefully so you don’t splash the sides of the pan. Cook over high heat until an instant-read thermometer reads 350 degrees F, or until the mixture is dark amber in color (keep a close eye on the caramel at all times, as it goes from golden brown to black and burnt very quickly), 6 to 8 minutes. Remove from the heat, and slowly add the cream (careful, it will bubble up) and then the fleur de sel. Whisk in the sour cream. Set aside to cool.
make the brownie
Preheat oven to 350. Butter the sides and bottom of a glass or light-colored metal 9×13-inch pan. Line the bottom and sides with a parchment paper overhang, and butter the parchment that is in the pan.
In a medium bowl, whisk together the flour, salt and cocoa powder.
Place the chocolate and butter in the bowl of a double boiler set over a pan of simmering water, and stir occasionally until the chocolate and butter are completely melted and combined. Turn off the heat, but keep the bowl over the water of the double boiler, and add both sugars. Whisk until completely combined and remove the bowl from the pan. The mixture should be at room temperature.
Add three eggs to the chocolate mixture and whisk until just combined. Add the remaining eggs and whisk until just combined. Add the vanilla and stir until combined. Do not overbeat the batter at this stage, or your brownies will be cakey.
Sprinkle the flour mixture over the chocolate. Using a spatula, fold the dry ingredients into the wet ingredients until there is just a trace amount of the flour mixture still visible.
assemble the brownies
Pour half of the brownie mixture into the pan and smooth the top with a spatula. Drizzle about ¾ cup of the caramel sauce over the brownie layer in a zigzag pattern, making sure the caramel doesn’t come in contact with the edges of the pan or it will burn. Use an offset spatula to spread the caramel evenly across the brownie layer, leaving about a ½-inch border around the edges. In heaping spoonfuls, scoop the rest of the brownie batter over the caramel layer. Smooth the brownie batter gently to cover the caramel layer.
Bake the brownies for 30 minutes, rotating the pan halfway through the baking time, and check to make sure the brownies are completely done by sticking a toothpick into the center of the pan. The brownies are done when the toothpick comes out with a few moist crumbs.
Remove the brownies from the oven and sprinkle with the fleur de sel and coarse sugar.
bakingbarsbrowniescaramelchocolatefleur de sel